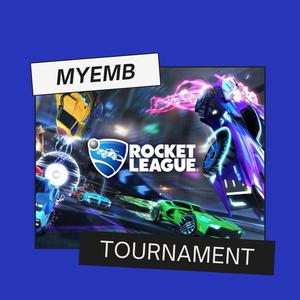 As the club continued to grow and at the request of Grade 6/7 FI Teacher – Mme Karla McFadyen (who had knowledge of Esports in Manitoba) he began looking at the possibility of starting something at EDS and was really drawn into it.

“I think the opportunity was there (during COVID). I have a number of athletes that were looking for a competitive edge (that wasn’t available due to the shut-down of all athletics). There’s a huge amount of competition in Epsorts that I think a lot of my players are looking for” said Mr. Koblun.

Esport gaming has been active in Manitoba for several years at the high school level and just started provincially this year in the Middle Years. The competitive game of choice at this level is Rocket League which is essentially: video-game soccer with rocket-powered cars. Nationally and internationally, Esport has become a billion-dollar industry with post-secondary scholarship opportunities to play on University and College teams and there are professional teams as well.

As the idea of competitive Esports started to become a reality at EDS, Mr. Koblun was very clear that a commitment was required from all players which included attending regular practices to develop team skills and game tactics. “This has been the development of a Program right from the start: we had three days of try-outs and cuts.”

The Middle Years Esports Manitoba (MYEMB) ‘regular season’ was organized to give players more opportunities for competition and to establish seeding for the playoffs. “After our first tournament (in which the EDS teams were dominant) I didn’t want them to get lazy. Just like any other coach would do, I split them up into teams that would put them into challenging situations where they would have to grow as teammates” said Mr. Koblun.

In terms of online safety, the supervising teachers consistently monitor the voice chats to ensure appropriate behavior. In addition, parents sign permission slips and they are involved in every step of the process.

At the recent MYEMB Provincials held on March 20, the École Dugald School Dragons swept the Rocket League podium! Congratulations to the following:

Good luck to the École Dugald School Dragons who will have two teams competing at the Middle Years Esports Nationals on Saturday, April 17!.UPDATE:  Due to the provincial closures in Ontario, the Nationals have been re-scheduled to the following Saturday, April 24.

For more information on Esports in Manitoba schools, please visit the following: