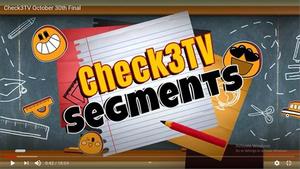 Everything was in place this fall to introduce a new Exposures class at Springfield Middle School (SMS), facilitated by Grade 6 Teacher, Mr. Schollenberg.

Unfortunately, COVID-19 safety protocols and procedures forced the cancellation of the Exposures plan and the creation of student cohorts that changed teaching responsibilities and further separated their Grade 6-8 students.

However, instead of scrapping the whole plan altogether, the idea this year was to run “Panther Productions” as an extra-curricular activity. This allowed those students who expressed interest, to build their digital production skills while filling a communication and community-building gap caused by the many COVID-19 restrictions.

“Cohorts can’t mix or mingle so we can’t do the traditional whole school activities like Gym Blasts that our students looked forward to.” said Principal, Mr. Welsh. He described that those traditional TAG activities encouraged students from different grade levels to get to know and connect with each other (especially the Grade 6’s because they’re new to the building).

Searching for other ways to create community and safely have some fun at SMS, Counsellor Ms. Mason came up with the idea of Cohort Chaos and teamed up with Mr. Schollenberg on three student activities so far: Spooky-scare Skeleton Dance, Grow a plant for the Holidays and Paint Splat Art. They were all included as part of a successful launch of the first two episodes of Check 3 TV that were shared with the SMS community via a password protected YouTube link.

“There’s no better time to do this than right now…….…..kids need more belonging now more than ever and they need positivity.” said Mr. Schollenberg.

He further explained that Check 3 TV is actually “an affiliate” of Panther Productions. “The whole idea is to run it as a business. I actually put out an ad and I had kids email me asking to be employees (even though I said it doesn’t pay anything, they didn’t care). I really wanted each cohort to have their own journalist to report on all the cool things happening.”

In addition to the Cohort Chaos Challenge, the following have been included in the first two broadcasts: Students Interviewing Teachers, Trivia Questions, Problem-Solving, Open Mic and Learn a New Skill. There are many more themes and initiatives that Mr. Schollenberg would like to incorporate but it has been especially difficult to find a place for them in the increasingly busy school day.

The workload on all teachers this fall (implementing safety protocols, teaching in-class and remote learners simultaneously) has been extremely heavy, so the fact that this is even being offered as an extra-curricular activity is quite amazing given the time commitment that is necessary to get to a final product. And while it may not be exactly as they initially planned, there’s no doubt that it’s had a tremendously positive effect on the SMS community already and will continue to build “Panther Pride” moving forward.