It has been a busy fall for the Band students at Springfield Collegiate! 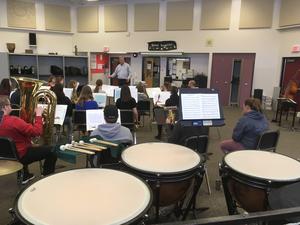 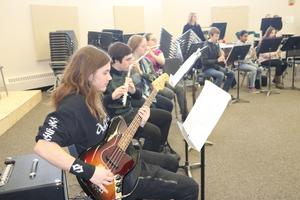 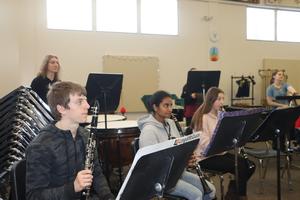 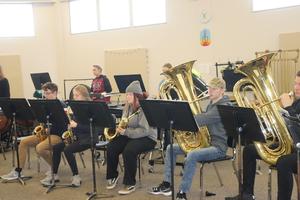 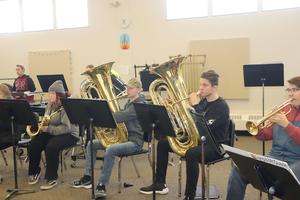 On October 30th the Grade 9 Band students were treated to an all-day workshop where they worked with some of Manitoba’s finest musicians.

Aside from the eight clinicians that were brought in (one for each instrument played in the band), the students had the opportunity to work with guest conductor Bill Kristjanson, who was recently recognized nationally as the 2018 recipient of the Canadian Band Association’s prestigious National Band Award.

On Nov 20, the Springfield Collegiate Wind Ensemble was treated to a very special visit from world-renown composer Peter Meechan. The Wind Ensemble had spent the fall months preparing Dr. Meechan’s piece entitled Song of Hope and were delighted to have the opportunity to receive his direction and gain valuable insights on his process in composing the work. Students rehearsed for 30 minutes and then engaged in a short but vibrant question and answer period. Song of Hope is very near and dear to Dr. Meechan as it is was written as a dedication to his very good friend Ryan Anthony (principal trumpet with the Dallas Symphony Orchestra) and his charity Cancer Blows –  a foundation set up to raise awareness and money to further the research that has helped give Ryan’s family a hope for a future following Ryan’s diagnosis of Multiple Myeloma.

“It was a pleasure to work with the students of Springfield Collegiate. The students were attentive, thoughtful, insightful and dedicated. They are a credit to Mr. Crowe and the school.”

Dr. Meechan’s music has been commissioned, recorded, broadcast and performed by some of the world’s leading wind orchestras, brass bands, conductors and soloists, including: “The President’s Own” United States Marine Band and the Dallas Symphony Orchestra.